The Mathematics of Ghost

A couple months ago, we were talking about various mathematical games where player two can very easily force a win, such as Chomp and Anti Tic-Tac-Toe. Those games were pretty easy to spot the unfairness, but this is one that is actually commonly played by everyday people. You might even play it yourself. The game is called Ghost. 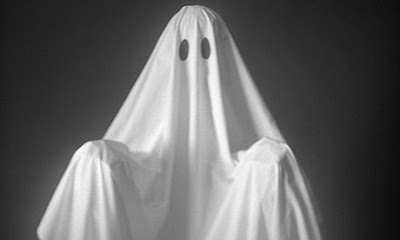 Ghost is definitely not a scary game, despite the name. In this game, player one starts by saying a letter. Player two must respond with another letter, and they keep taking turns saying letters and forming a word. The goal is to not create a real word. However, you can't call out letters that don't allow a word to be made either. For instance:

If your opponent challenges you, you need to say a word that can be made out of the letters to win. If you can't think of a word, then you lose the round. A better strategy for player 2 in this game might be:

This game seems pretty fair, right? If you play this game with a friend, you will find that the wins are pretty even (unless one of you has a much better vocabulary). However, it is possible for player 2 to force a win.

When all of the words in Scrabble Player's Dictionary are in play, every letter of the alphabet can be followed with another letter that forces an odd lettered word (assuming that player 2 continues perfect play). However, this dictionary has a lot of obscure words in it that might get challenged, and the average player will not know or use.

By keeping it to words that are known to the average player, player 1 does have a chance. If they play H, J, M, or Z, they can force a win if player 2 does not have the dictionary memorized. Here are the words to remember for player 1:

For any other letter, player 2 can still force a win. Once you know the correct followup letter to use, it is a pretty simple game. Here is the strategy:


By memorizing this list, you can become a perfect Ghost player, and win every time, despite the seemingly fair nature of this game. The other two games were both fun, but with this one, you can really start to impress people with your ability to win.
Posted by Ethan Brown at 12:00 PM